Living with Poverty and the Poor Health that Inevitably Follows

Did you know that 5,400 die in this country every year unnecessarily and prematurely? The fact that we have the highest number of premature deaths than any other country in Europe,  including Northern Ireland, should alert the people in power that an urgent review of our Health Services is imperative. We as a society should not have to bear the loss of young people dying before their time. The Combat Poverty Agency also state, that those who are poor and underprivileged account for more than two and a half times more early deaths than those who are better off in Society.  That is a staggering figure to be inflicted  on those who struggle every day to make ends meet and should not be tolerated.

People who live on low incomes or live on Social Welfare are more likely to suffer poor health and  experience  more psychological distress and live shorter lives than those with adequate incomes. We see the incomes of one parent  families, people with disabilities, the elderly and the sick, being diminished by added taxes and cuts in social welfare, long waiting times for hospital appointments  or to see a specialist, at a peril to their health and wellbeing.  Research has clearly shown that how we manage the overall poverty suffered by people in this country, is adding to the problems of society at  large.

In Ireland for households headed by people who are ill or disabled, the risk of poverty has risen sharply.  People  who are disabled and suffer ill health are more likely to live on low incomes because of being unable get employment, even in temporary jobs. The connection between poor physical  and mental health escalates their poor quality of life. This imposes stress, isolation and depression on already challenged lives trying to live on an inadequate income to meet their needs. The majority of people who suffer physical or mental disability do not participate in community activities, which  escalates depression and further fuels feelings of uselessness and hopelessness.

Can you believe that with all the criticism  and the inadequate services being provided by the HSE, that Ireland’s health spending is higher than many of the worlds developed countries.   In 2012,  the spend by the HSE was 13.6 billion euros,  and in 2014 it had risen to 14 billion euros.  Surely the time has come to examine the medical resources to see if this high level of spending corresponds with similarly high levels of output. If not why not?  Where is all this money being spent?  Definetly not on those needing urgent medical care and a hospital bed. Until those who have the power to change things, do so, lives will continue to be lost and the burden on the State’s finances further increased. Government agencies must co-ordinate the different services much more efficiently to give value for money and to give care to those in need of medical services, paid for by our taxes. It is unacceptable in a wealthy society, that along with being poor, or vulnerable, their chances  of longevity is also placed at risk.

The enjoyment of good health is increasingly  seen as a human right. We are all critical of avoidable deaths and injury on our roads, street violence and domestic violence. Government saw fit and brought in a law to ban smoking in public places and now in cars. So  it can’t be rocket science to address the predicament that people find themselves in when needing medical healthcare, and stop the staggering number of premature and unnecessary deaths.  This statistic places Ireland higher than any other European country, including Northern Ireland. This is not acceptable and those responsible carry a heavy load on their shoulders.

If the health of people was a priority  with the Health Services to try and match those of other European countries, the tackling of social deprivation and inequalities would be addressed. Our Government and Social partners committed themselves to building a fair and more  inclusive society and that people would have the resources and opportunities to live a dignified life.  This has not happened, in fact, inequality has become more pronounced and high levels of poverty and  disadvantage  are tolerated and a blind eye turned to the devastating consequences. Those in charge appear not to recognise the long-term damage this causes to everyone living in this country and obviously have not the skills to address it, or do not have the desire to do so. If they did, it would be the first thing to be examined when carving up the finances and ensuring we all get value for money.

Public opinion should be fully aware of the burden that  preventable deaths place on the tax system, as well as the disproportionate  number of early deaths carried by those who are poor. We should all speak out about the injustices perpetrated on vulnerable poor, disabled people and children. Now that another election is in the offing, maybe the voice of compassionate people might be heard and make a difference. These frightening statistics should be treated  as urgent and addressed by our leaders, to change what is happening to those who need care and attention. Medical card holders are less likely to see medical specialists, and the poor should not be put on long waiting lists that sometimes allow a sickness or a disease to develop beyond fixing.  This will eventually take up longer hospital stays, more medication and more doctor’s visits.

We are now heading into another budget as to how the money for the next year is spent. With an election in the offing and sweeteners being offered to the electorate, wouldn’t we have a better country if the needs of the poor were given priority.  Robbing Peter to pay Paul has proven to be a disaster. Integrity and honesty would serve the people of this country far better than politicians ingratiating themselves with those who vote. Statistics show those who are poor or disadvantaged are less likely to vote.  If the system gave value for money, that would eventually benefit everybody and make our country fair and equitable. Examining where  all this money is being spent, being more transparent and accountable and being more productive, would help stop the spiralling costs of the HSE and identify where the excesses are.

Being poor, sick, disabled or unable to care for themselves, are all barriers on the road we travel. For those  who are in the power seat, and in whom people trust to do the right thing, we hope that they will honour their commitment and place the old, the vulnerable, the sick and disabled at the top of their list, and give people hope, longer lives and some measure of fulfilment in the short lives, we all have to live. 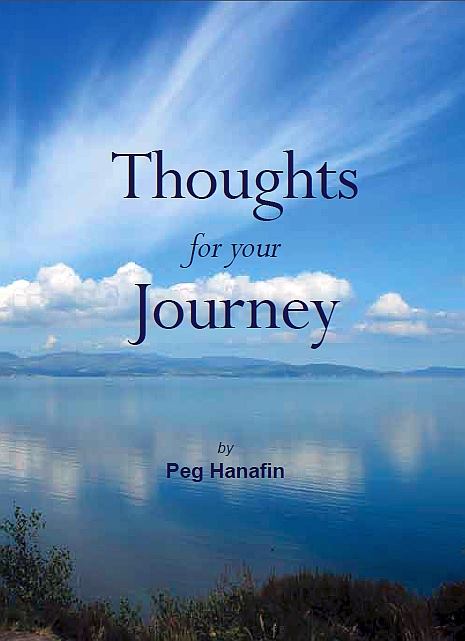